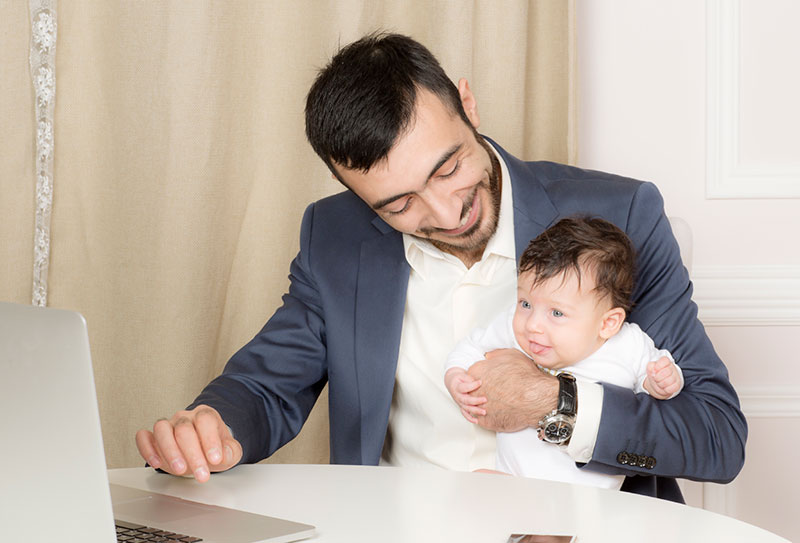 Whether behind the scenes or directly in the limelight, celebrity (or celebrated) dads who happen to also be entrepreneurs can teach us all a thing or two about success. It’s no surprise that many of these men also have successful children who have earned their own place in the business world, thanks in no small part to the entrepreneurial mantle they’ve inherited.

This list celebrates famous and celebrity dads who inspire us all to give it all we’ve got!

The Taxi Driver star who also won his first Academy Award as the young Don Vito Corleone in Godfather II gives a whole new meaning to the phrase “dinner and a movie!” One of cinema’s greatest actors, and a director in his own right as well, De Niro is also known for his enterprising role as a restaurateur, most notably with co-ownership in the Nobu Restaurants and Tribeca Grill. He also co-founded Tribeca Productions, a film and television studio, and the Tribeca Film Festival.

Edward Butera is the father of pop singing sensation Ariana Grande. He also happens to be a well-known Florida graphic designer, artist and photographer. Butera owns ibi designs, a creative studio based in Boca Raton. The full-service design studio offers clients everything from advertising, videography and e-marketing services to photography and web design. TO find out more about the company, visit ibidesigns.com.

There’s isn’t much that needs to be said about Ralph Lauren. The famed American fashion designer is also a philanthropist and ubiquitous business executive, and is estimated by Forbes to have a net worth of around 7.1 billion dollars. He’s most known for the Ralph Lauren Corporation, of which he is chairman and CEO. Lauren got his start in fashion by designing neckties and men’s clothing. He quickly added a women’s wear line to the mix and…. Voila! The rest is history. By designing women’s shirts in the early seventies in the same style as men’s shirts, Lauren was able to launch an innovative career that has made him one of the most successful fashion designers of all time.

The last name should tip you off. Fred Levine is the father of The Voice star and Maroon 5 frontman Adam Levine. Along with his wife, Lisa, and sister, Mardi Fox, Fred owns the popular M. Fredric, an apparel store for men, women and kids. The store has actually been around since 1980, and boasts 10 locations throughout California, plus an online store. Good genes, indeed. For more information, visit MFredric.com.

The Fresh Prince of Bel-Air needs no real introduction. Starting out in West Philadelphia, Smith found fame as a rapper alongside his friend, DJ Jazzy Jeff. It was his iconic role in NBC’s sitcom The Fresh Prince of Bel-Air that launched not only his acting career, but his worldwide celebrity status. Smith has since earned his station as a remarkable businessman, film and record producer, and actor. He’s recorded and produced several albums, two of which have gone platinum, and in addition to acting in several blockbuster and nominated films, has produced several films of his own, including Hitch, Seven Pounds and I Am Legend.

When the eccentric songstress Lady Gaga is on the Upper West Side and in the mood for a home-cooked meal, she goes to Joanne Trattoria, owned by her father and mother. The famed restaurant is known for its homey Italian-American meals, and has been open since 2012. To find out more about its delectable fare, check out the restaurant’s menu at JoanneNYC.com.

Jay-Z has built an empire from his humble beginnings in Brooklyn. The rap superstar is father to the beautiful Ivy Carter, and husband of Beyoncé, an entrepreneur in her own right. He was a co-founder of Roc-A-Fella Records, as well as Rocaware, an extremely successful clothing line. To date, every album he’s released has gone platinum, and he’s a powerful music producer and talent scout as well. He’s also the co-owner of several of the 40/40 Clubs, as well as co-director of Budweiser Select. As if that weren’t enough, he’s also part owner of NBA’s New Jersey Nets and has ownership stakes in the Arsenal Football Club and Def Jam Records. Combined with Beyoncé, the power couple’s new worth is estimated at over 1 billion dollars. Jay-Z is projected to surpass 1 billion dollars in net worth alone in his lifetime.

Donald Trump is an American real-estate developer, television personality and author. Though perhaps best known to television audiences for his role on the NBC reality show The Apprentice, he’s known in the business world as the president and chairman of The Trump Organization and founder of Trump Entertainment Resorts. He’s estimated by Forbes to have a net worth of over 4 billion, which seems to be steadily growing through television appearances and sound investments. He is also a likely to enter the race for the Republican contender for the White House in 2016.