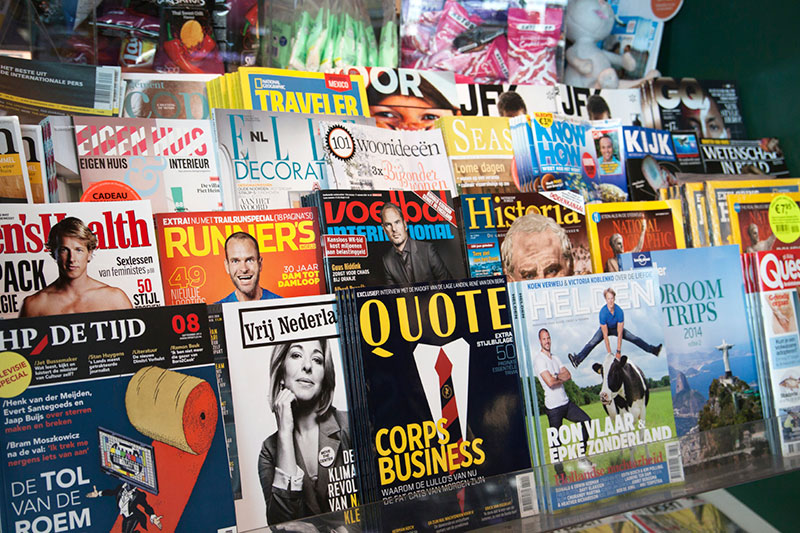 Dinosaurs vs. mammals. The ultimate skirmish, right? It just seems relevant to begin an article on print and online advertising with some analogy about dinosaurs and mammals.

Extinction myths aside, however, I’ve always been one to believe that dinosaurs didn’t simply disappear. No, dinosaurs were too smart for that. Dinosaurs, you see, actually evolved into something a bit more efficient. In other words, they combined the old with the new.

In the same vein, companies should be thinking about print advertising as a solid form of media that has weathered extinction myths, market predictions and other storms of doubt.

One imperative aspect of understanding the value of print advertising is to look at the bigger picture (the marketing campaign), as opposed to rubbernecking in on supposed ‘hotspot’ indicators.

In other words, it’s vital for your business not to judge the effectiveness of a marketing campaign expressly on one factor alone, such as cost or reach.

Though print advertising is historically known to take the hardest hit in times of economic crisis, or when advertising budgets find themselves under scrutiny, there are several factors that help to shed light on why print is valuable to your company—even in this day and age.

No…especially in this day and age.

Print advertising provides a sensory experience that is unrivaled with online media. Tangibility in itself triggers a number of senses, such as touch and smell, all of which trigger neurological effects on readers. Though online media can try and emulate these senses, they aren’t the real deal by any stretch of the imagination. It has even been estimated that when more than three senses are targeted at a time, the effectiveness of advertising increases by 70 percent.

Online advertising benefits from its pervasiveness. This feat, however, is also a noticeable flaw. There’s just so much out there that nothing really seems to stick. Pervasiveness becomes oversaturation, and so online ads and digital ideas have to constantly find better ways of reaching increasingly mobile people who are increasingly more distracted than ever. With the right scope, print campaigns can hit the target more often, and with more accuracy, all without inundating the reader.

Print ads allow for engagement at a suitable moment, as opposed to the constant bombardment of online campaigns. The internal pacing of print ads is what packs the punch here. The internal pacing allows advertisers to target specific demographics, as well as plan the editorial content around the advertisement through a variety of content areas where offers and incentives can be offered after engaging readers first with relevant topics of interest.

In addition to tangibility, neurological research has shown that there are differences in how people process information in print and on screen. Results have shown that readers of print maintain their ability to read longer articles as there aren’t as many distractions as online media. In this way, the reader can decide to examine an offer at a leisurely pace. The reader’s attention is focused on one message, not the countless blurbs of information vying for space at any given moment in time with online media.

Though it’s true that any marketing campaign should feature a healthy mix of new and conventional media, print advertising can provide a noticeably bigger bang for your buck. To fully maximize ROI, companies do well to fully integrate print advertising, as research has shown that adding effective print to the media mix will increase the ROI of the overall campaign.